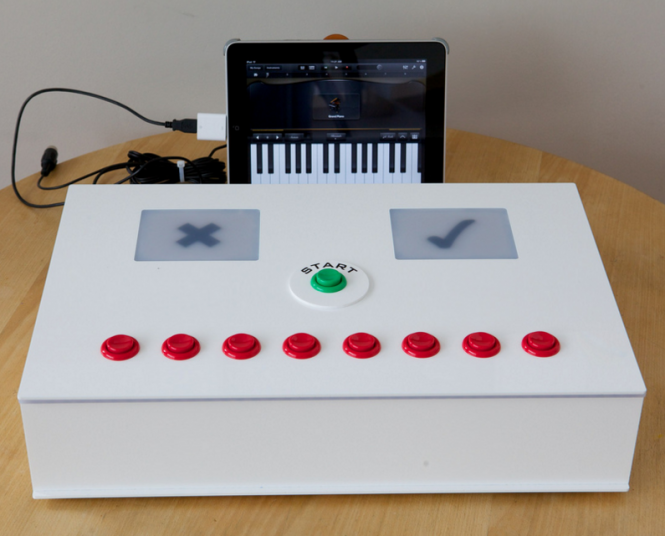 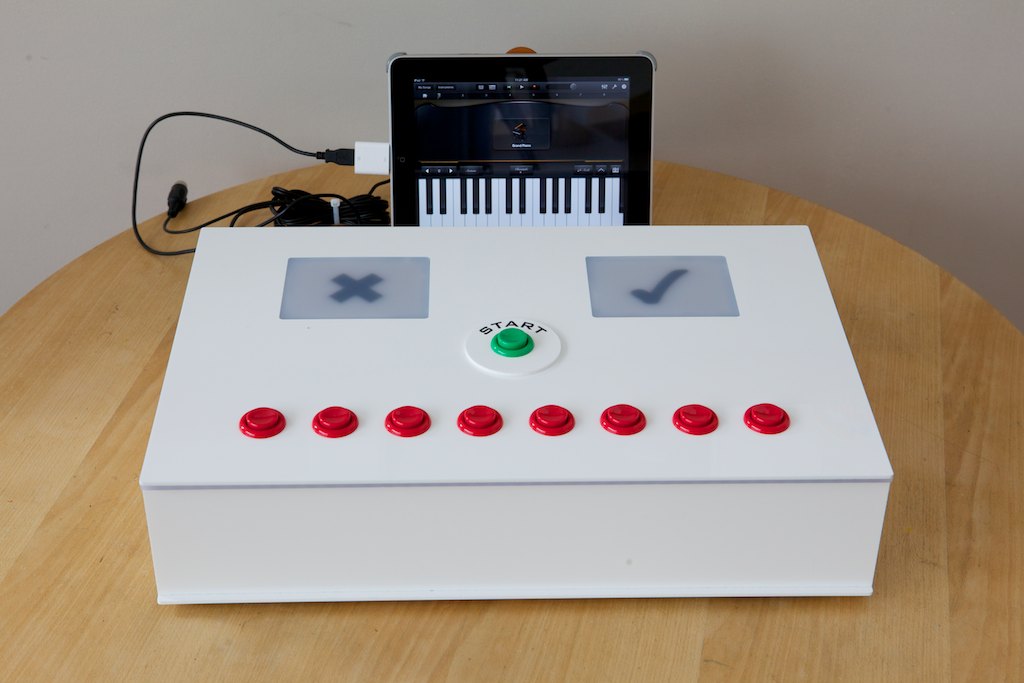 Oftentimes we get approached to help with a project, and sometimes we are given the mandate to ‘Make Something Awesome’.  Here is one of those times.

For CBC’s game show “Canada’s Smartest Person” we were contracted to create an on-set prop that is actually a functioning music guessing device.  The purpose of this, is to test ones musical memory, and seeing how well they can play back a set of notes, adding each note to the set for a given number of total notes.

We used the Arduino, and our Shield Dock to prototype the 2 boxes for the production.  Using our laser cutter, we crafted the housings, and arcade style buttons to take the abuse that an excited game show contestant will be throwing at it.

The notes coming out are triggered by a MIDI signal.  We set the baud rate of the the serial on the arduino to 31200.  Soldered on a MIDI jack, and with that, you can hook it to an iPad, Mac running Garageband, any computer running a software synth, or a real hardware synth.

The two semi-translucent panels are back-lit with a set of bright 10mm LEDS.  (The same ones used in our Dice Kit).  Each panel has an array of six LEDs, controlled by a MOSFET, pushing the brightness to the safest maximum. 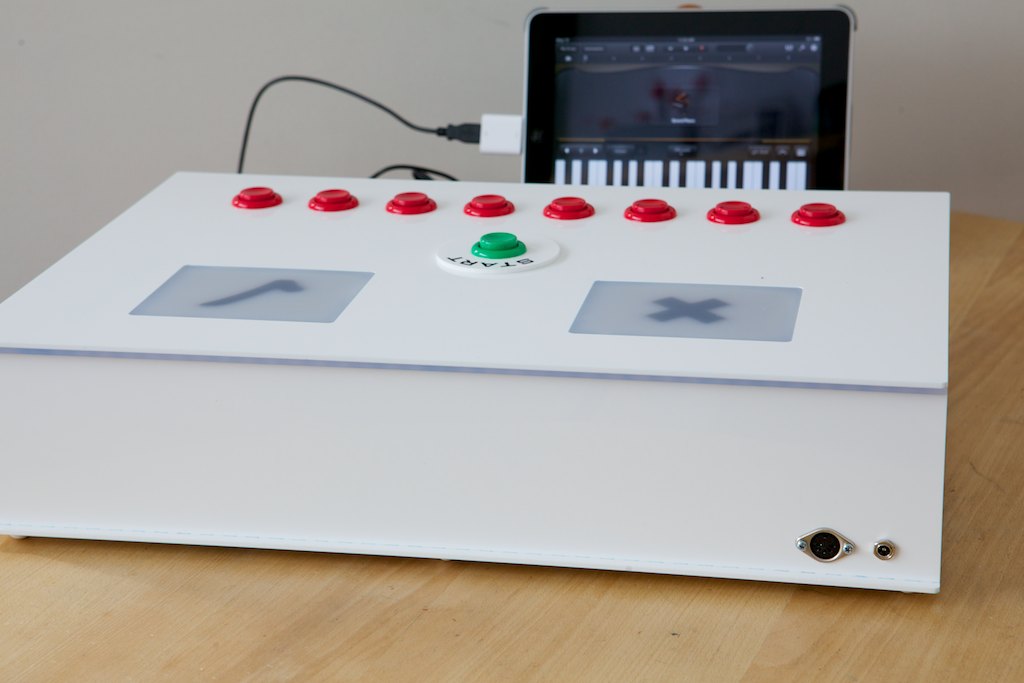